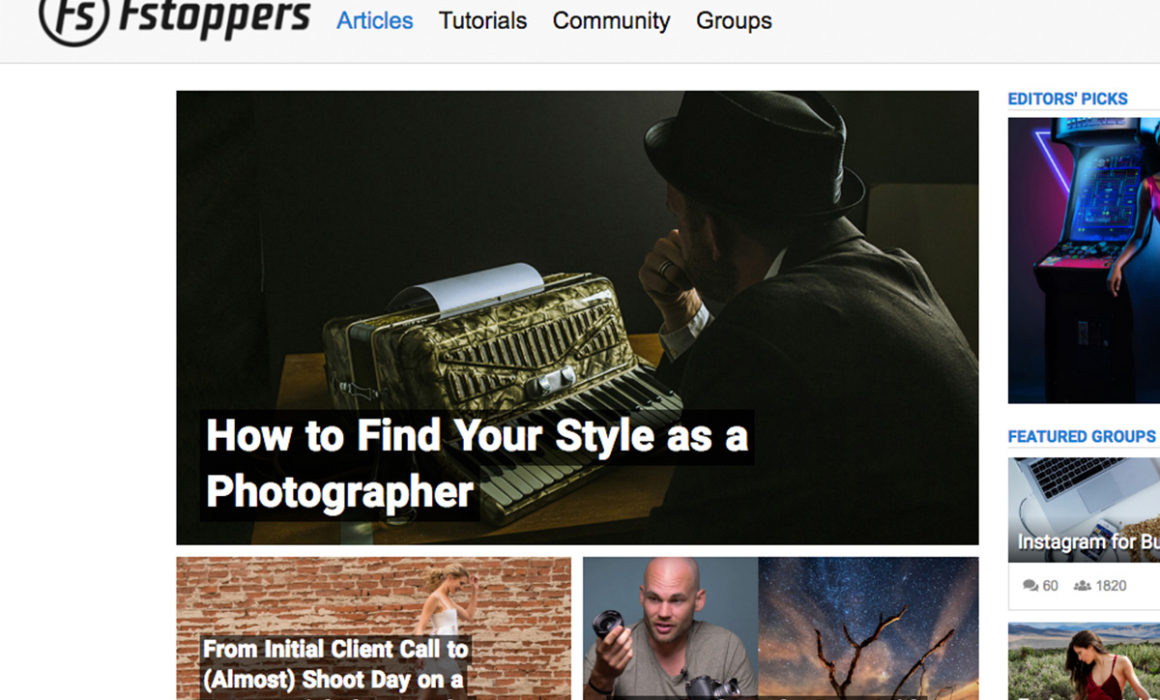 In January, something happened that I never expected: I got hired on as a staff writer for Fstoppers, a top-tier photography news and education site that I’ve loved for years. A wedding photographer friend (and fellow Fstopper), Levi Keplar, thought I’d be a good addition to the site and suggested I apply. Within hours, I was signing papers. To be a part of such an elite community has been absolutely wild, and I regularly feel like the impostor of the bunch.

It’s no secret that I’m terrible at self-promotion, so I wanted to take a minute to share some of my work as an Fstopper.

The lead image for this post is from my most recent article on style. It became the top-trending article on Fstoppers for awhile (and then again after some controversy in the comments section – thanks, trolls!) and goes into some detail about why I think seeking out a style is not a particularly fruitful use of your time.

As an active part of the photography community in Wichita, one of my biggest goals over the past six or seven years has been to get new photographers in the area to understand what it means to run a business. I don’t advocate that everyone interested in photography rush into opening a business, but that seems to be overwhelming trend. Taking that sentiment to the international stage, this article talks about some problems that new (or seasoned) photographers can fall into when it comes to pricing their work. Bottom-line, all pricing should be a win-win for both client and photographer. The best deals have no winners and losers. 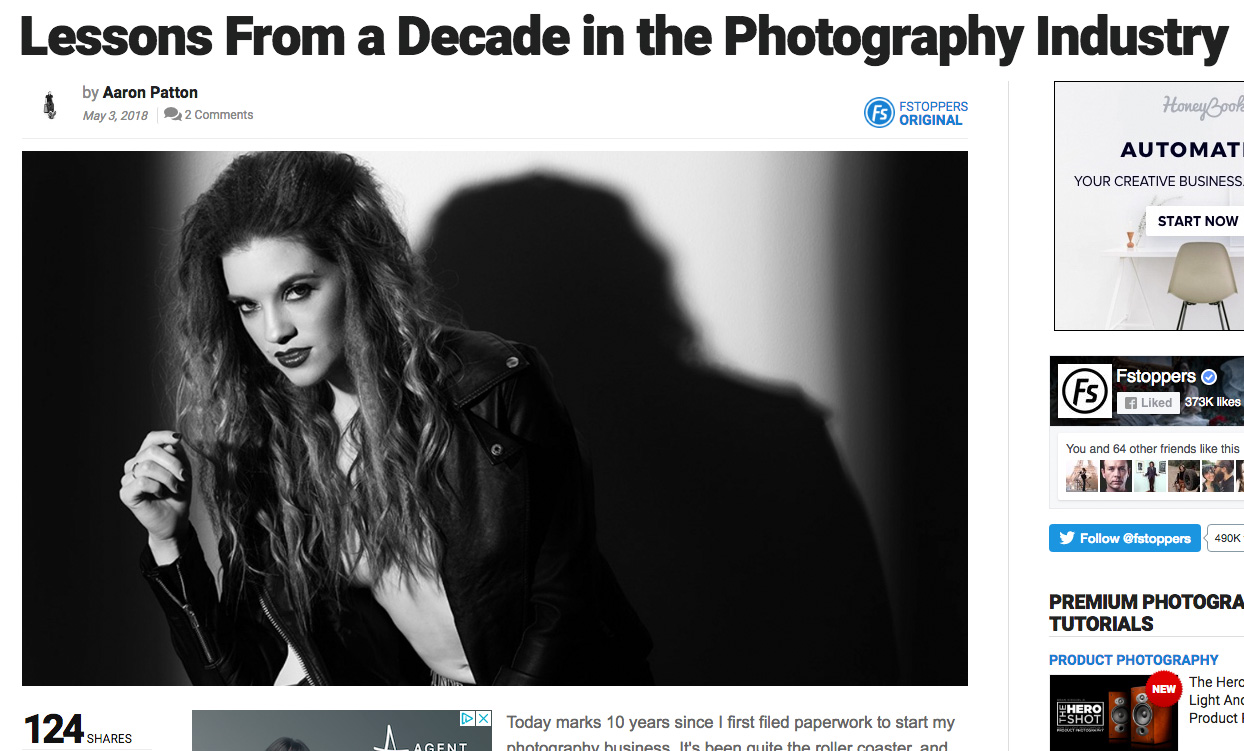 To newcomers in the photography world, a decade seems like a long time. In the company I tend to keep, though, I’m still the young pup. Still, on the tenth anniversary of starting down this road, I thought it would be fun to look back and share some things that I’ve picked up along the way. This career has certainly helped to shape my view of the world, hopefully for the better.

I believe that motivation trumps inspiration all day, every day. Getting to work whether you’re creatively inspired or not is the secret of the successful, and this post was about way to keep motivation alive in a creative industry. Being a photographer is an active endeavor, not a passive one. My “Get Off Your Ass” wall was a hit with some readers.

Not every article is a life lesson or a business course. Sometimes they’re just little tricks I’ve picked up along the way that can make life easier for photographers. This is one such article, giving my tip on how to do a quick black and white conversion that is lightyears better than simple desaturation. 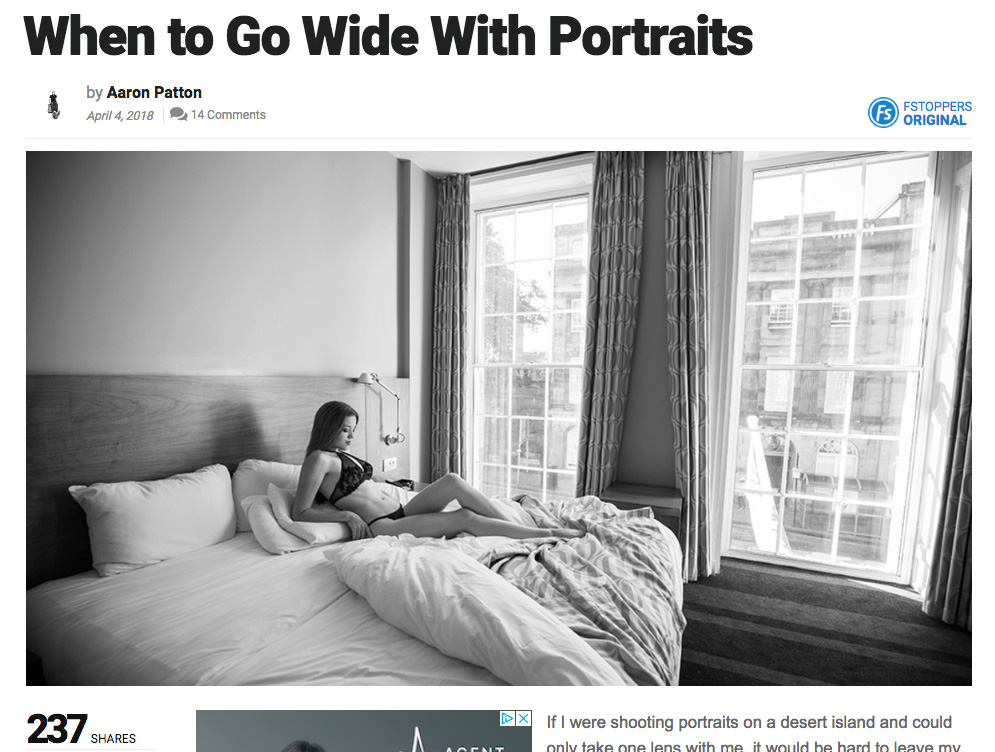 Most of my work is shot through a telephoto or prime portrait lens, but sometimes the wide angle just tells the story better. This article lays out some scenarios where I may bring out some wide glass and get funky with it.

Sometimes, guys just don’t know what to do with their hands. If you find yourself in that position (either as a subject or a photographer), here are three things to break the cycle of awkwardness. 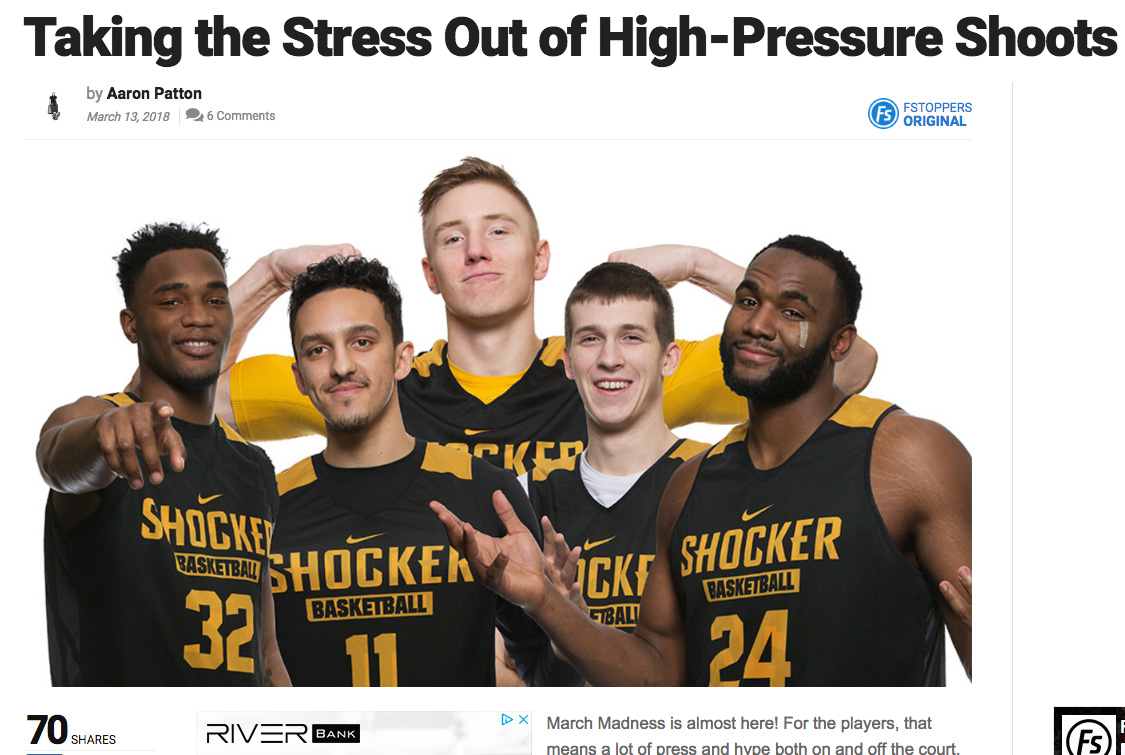 Full disclosure, this article did not perform nearly as well as I expected it to. Unfortunately, the same was true for the Shockers NCAA tournament run this year. I loved working with these guys, and would leap at the opportunity to do so again. I decided to write about this shoot because I remember what it was like being new and stressing out about shoots that I felt were “bigger than me”. Sometimes you have to get a cover shot and you have fifteen minutes with the talent – it’s a put up or shut up game, and it’s exciting as hell. That fifteen minutes can be a blast (and even wrap early) if you spend the appropriate time planning and preparing.

The article’s title is actually “Three Tips for Better Sales and Happier Clients”, but the only important part is the last two words. I’ve read too many sales books and heard too many seminars that pit salesman against client in an effort to pull the wool over someone’s eyes and walk away with a fat paycheck. That’s not for me. These are three of my tips to fostering better client relationships and sales scenarios, because let’s face it…photographers don’t want to be salespeople. We just want to be photographers.

My second article for Fstoppers quickly became the third most bookmarked article in Fstoppers history. It’s since dropped down to fifth place, but I’m honored that so many people have kept it as a reference. I’ve used my own digitally painted “old masters”-styled backdrops in several images over the past couple of years, and they’ve become a great way for me to add some depth and customization to my images. Necessity breeds invention, so the saying goes, and I spent hours upon hours researching painting techniques and color theory to develop my method of bending Photoshop to my will. It’s pretty cool. 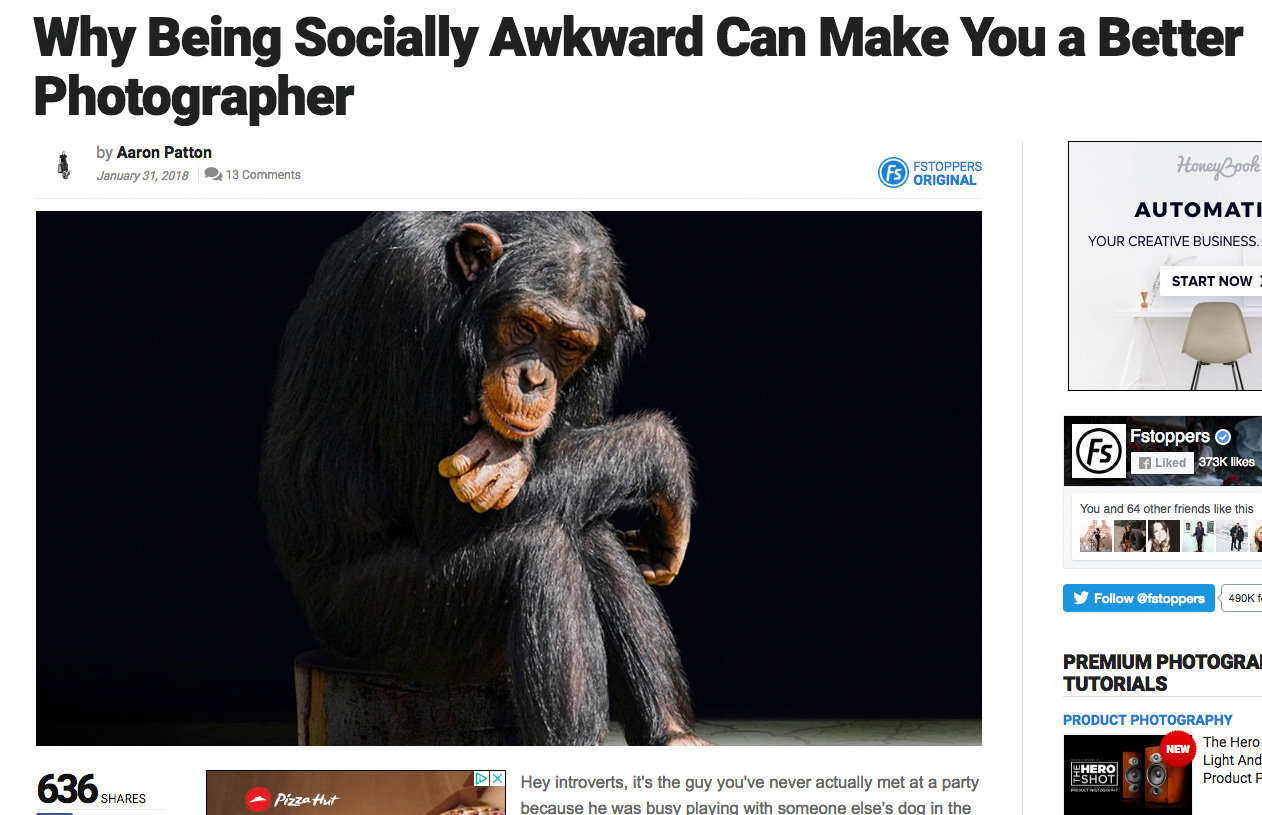 My first article is still one of my most popular, and with over 600 people sharing it, I feel like it must resonate. Truth be told, I don’t (usually) think I’m socially awkward…but I used to. I’m an introvert, but even we know how to turn it on sometimes. I believe there is a mountain of overlooked power in introverts, and not every photographer needs to be shouting from the rooftops about how great they are or be their own constant neon light show. While that fits with some photographers’ personalities (and garners lots of eyeballs/Instagram followers), others of us like to quietly produce great work and leave our clients in the spotlight. Maybe one isn’t better than the other. I hope this article continues to inspire the quiet ones who feel lost in a noisy world.

As of this week, I’ve stepped back from my role as a staff writer and am now a contributing writer for Fstoppers. The high demand for new articles was more than I could keep up with and continue delivering quality (while also running my own busy studio), so now I will just write when I have something to say…which seems more fitting for me anyway. I can’t thank the team at Fstoppers enough for letting me be a part of it. It’s an honor of which I’m not sure I’ll ever be worthy.