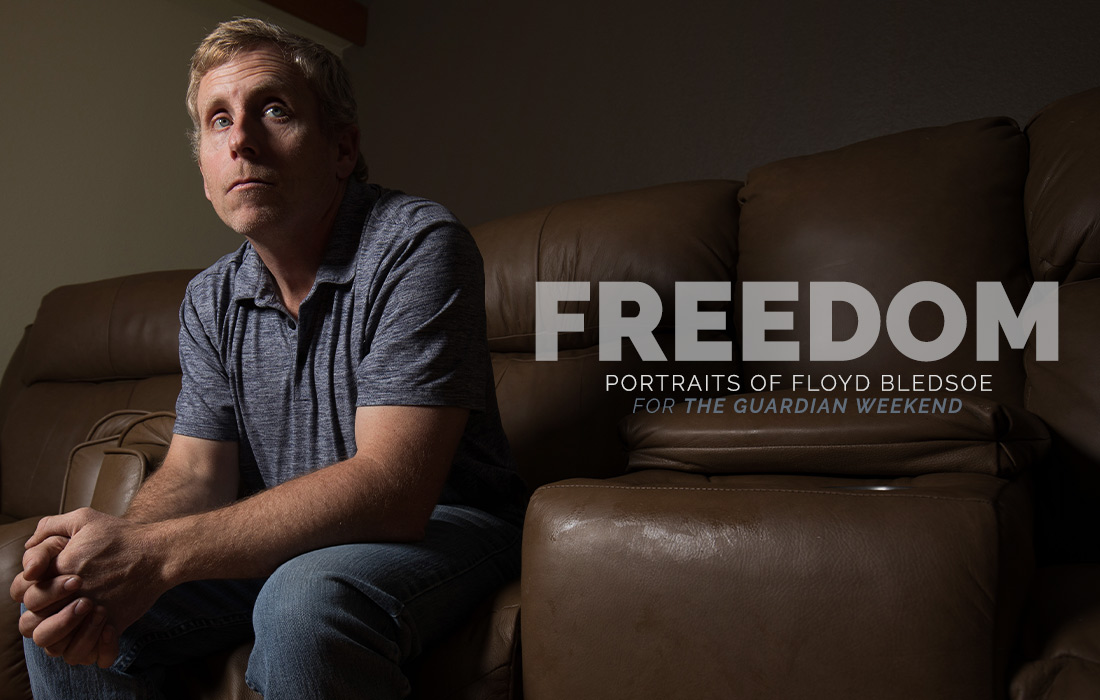 First degree murder. Aggravated kidnapping. Aggravated indecent liberties with a child. Floyd Bledsoe spent fifteen years in prison after being convicted of these crimes in 2000, but he never committed any of them.

I met Floyd on a brisk January day on land that he’s turned into a small farm outside of Hutchinson, Kansas. The Guardian, a prominent newspaper in the UK, sent me to photograph him for their Guardian Weekend magazine; his story of his wrongful conviction would be told in his own words for their “Experience” column. When I drove up, his dog was the first to greet me, and we played fetch while I shot portraits by some hay bales. There was openness in every direction, ended only by distant tree lines serving to hedge the property from the incessant winds of the Great Plains. It was quiet. 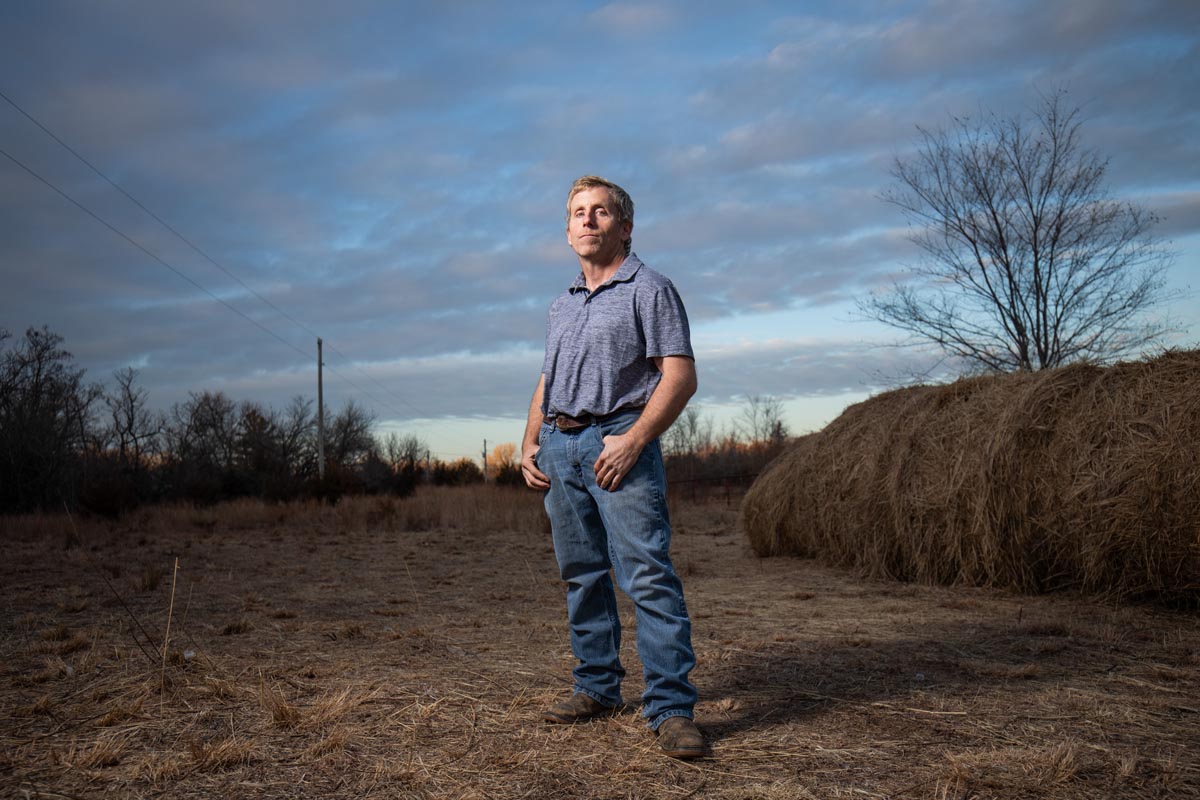 He and I talked about his animals – an impressive array of chickens, horses, even a miniature donkey thrown in just for fun -, his wife and kids, the land itself. We talked about simple things like the weather and football. I never asked him about the story I was there to photograph.

I’d gotten the bird’s eye view from phone calls with the story editor at The Guardian, and I did my research to get to know the ins and outs of his conviction. It’s a tragic story. Framed by his own family for crimes his brother committed (and initially confessed), convicted without evidence beyond hearsay. Always the black sheep of the family, his parents couldn’t accept that his brother was a murderer and fabricated an alibi that pointed the finger at Floyd instead. As the Innocence Project took an interest in Floyd’s case and brought the truth to light, his brother killed himself. There is nothing redemptive in that story, it’s just tragedy after tragedy. Relationships severed, lives lost, years stolen. 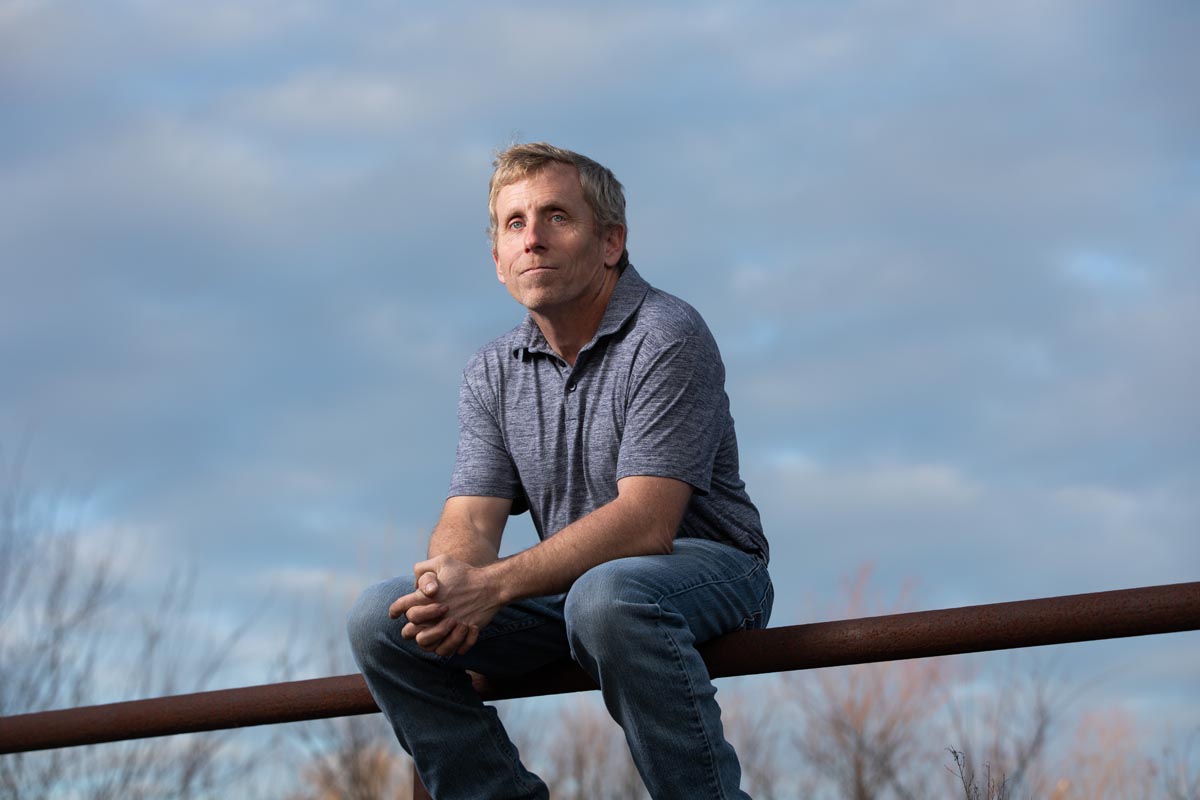 Those years are behind Floyd. He talks about them publicly to advocate for the wrongfully convicted, but his life is brighter now. When I was there to photograph him, I wanted his focus to be on the present, not the past. That many years will color a person whether it’s in their conscious thought or not, so I didn’t feel the need to ask questions he’s already answered a thousand times.

For his portraits, though I didn’t tell him this, I wanted to explore both sides of his current existence. The openness and freedom surrounding him and the fact that his imprisonment remains an unavoidable part of his life even after his innocence was proven. 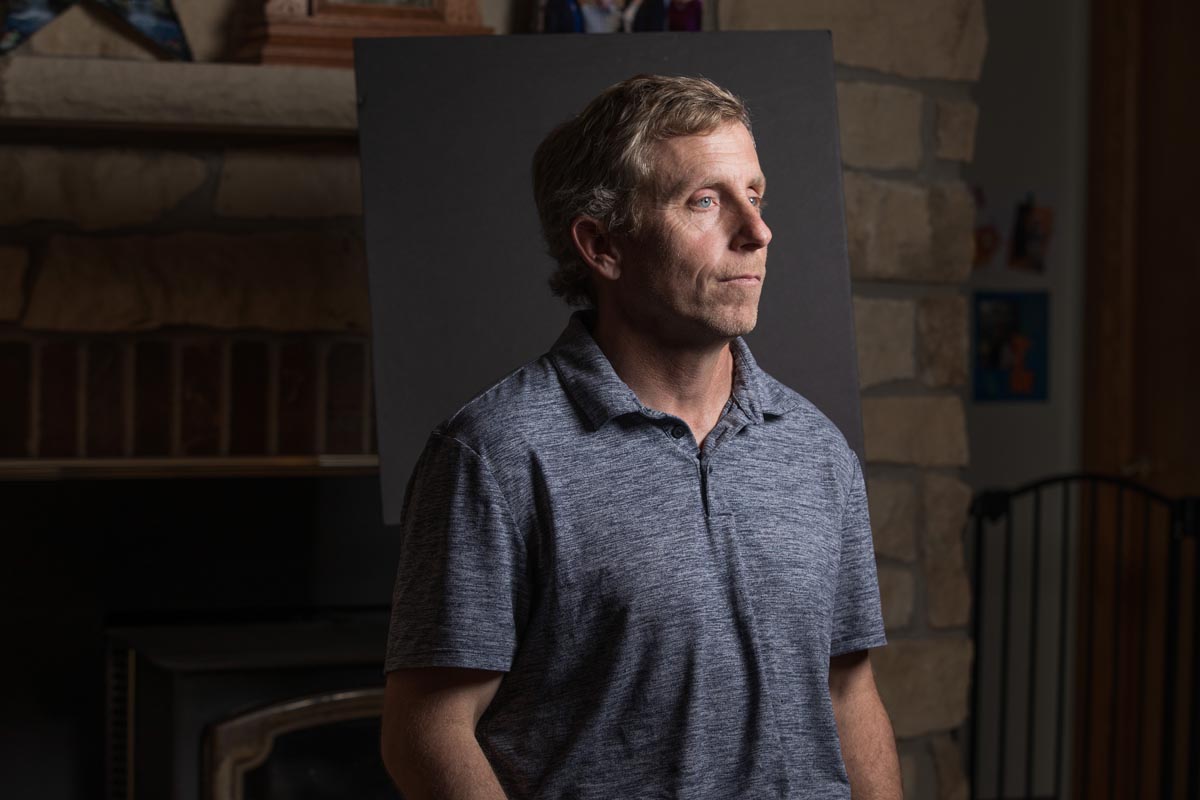 The miraculous part of Floyd’s story isn’t the eventual exoneration or redemption, it’s Floyd himself. There is no bitterness in his voice, no anger about his past. He’s calm, quiet, and exudes stoicism. Floyd is happy.