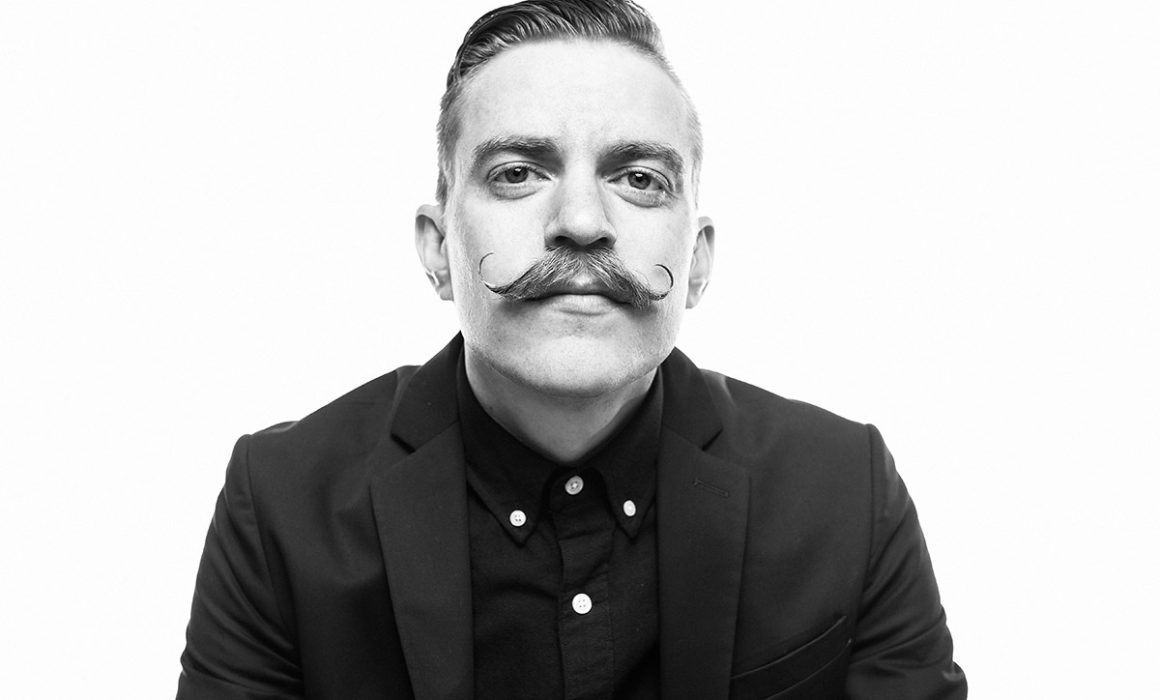 Michael grew up out past the suburbs of Wichita.  Out where pastures and houses start to intermingle and you’re almost as likely to meet a combine on the road as you are another driver.  It was just up “the hill” (a steep one, by Kansas estimates) about half a mile from where I grew up.

Now, two decades and a few scenery changes later, he works two blocks away from my studio in the sprawling metropolis that is downtown Wichita.  I pass him in the crosswalks from time to time as we make our ways around between parking and work. 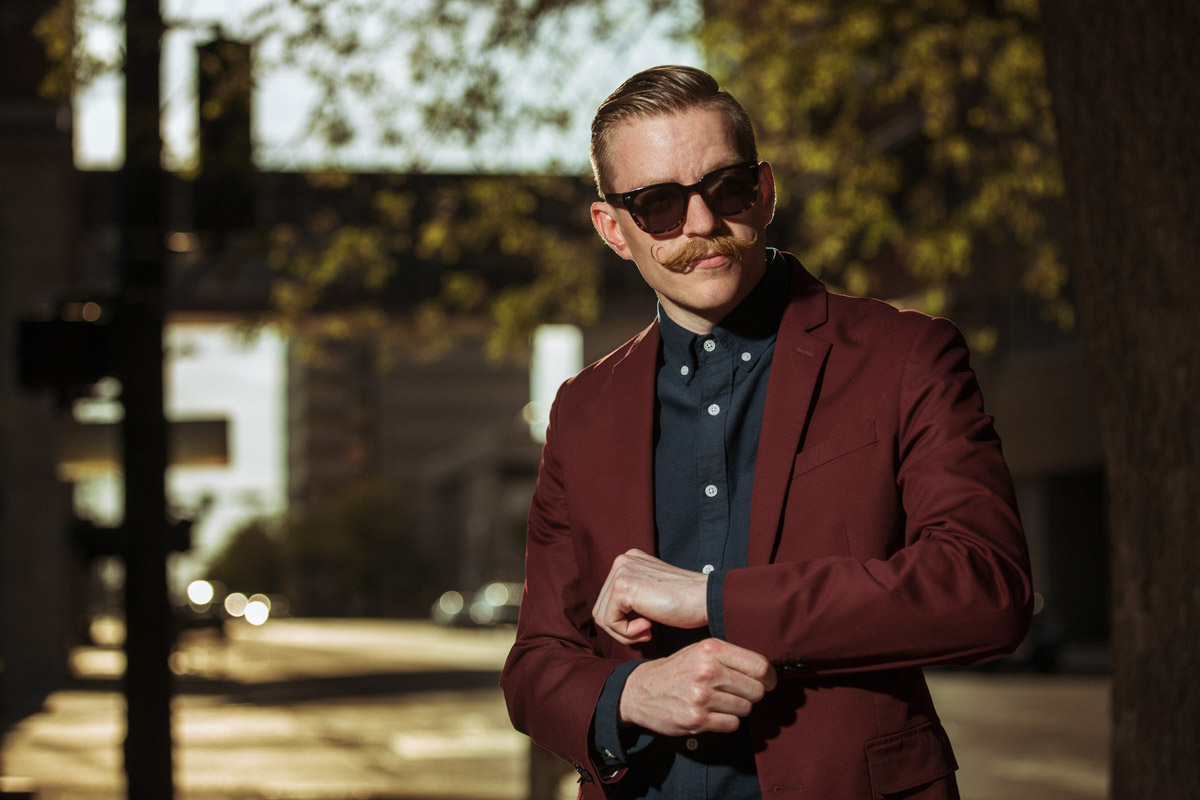 The Lux (new home of his employer, Lifeboat Creative) stands between-ish Michael and the sunset.

He’s the kind of guy you wish there were more of – quiet, collected, and go-with-the-flow.  Always has been. 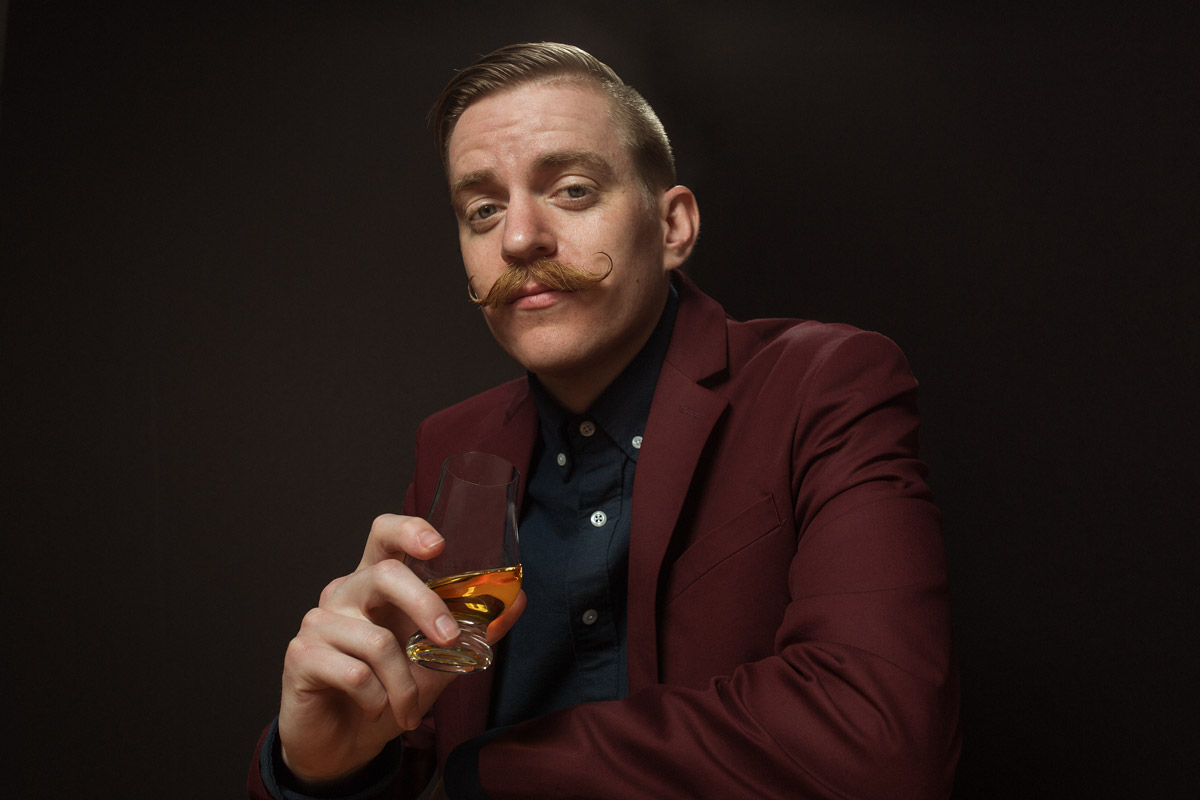 His first taste of Laphroaig, my Scotch of choice for studio entertaining.

When I asked him to come in for some portraits, I knew what I had in mind…but I gave him barely any direction on wardrobe or styling.  I didn’t want to photograph my idea of Michael, I wanted to photograph Michael.  And he showed up. 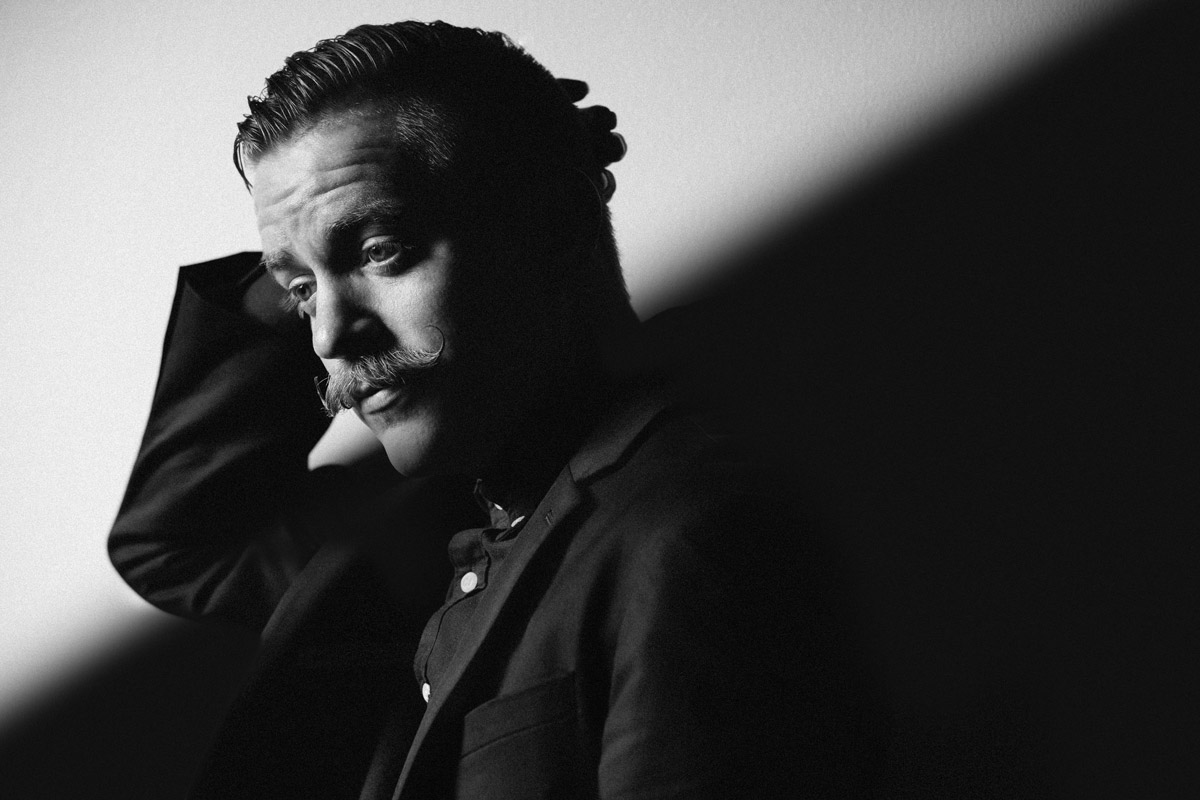 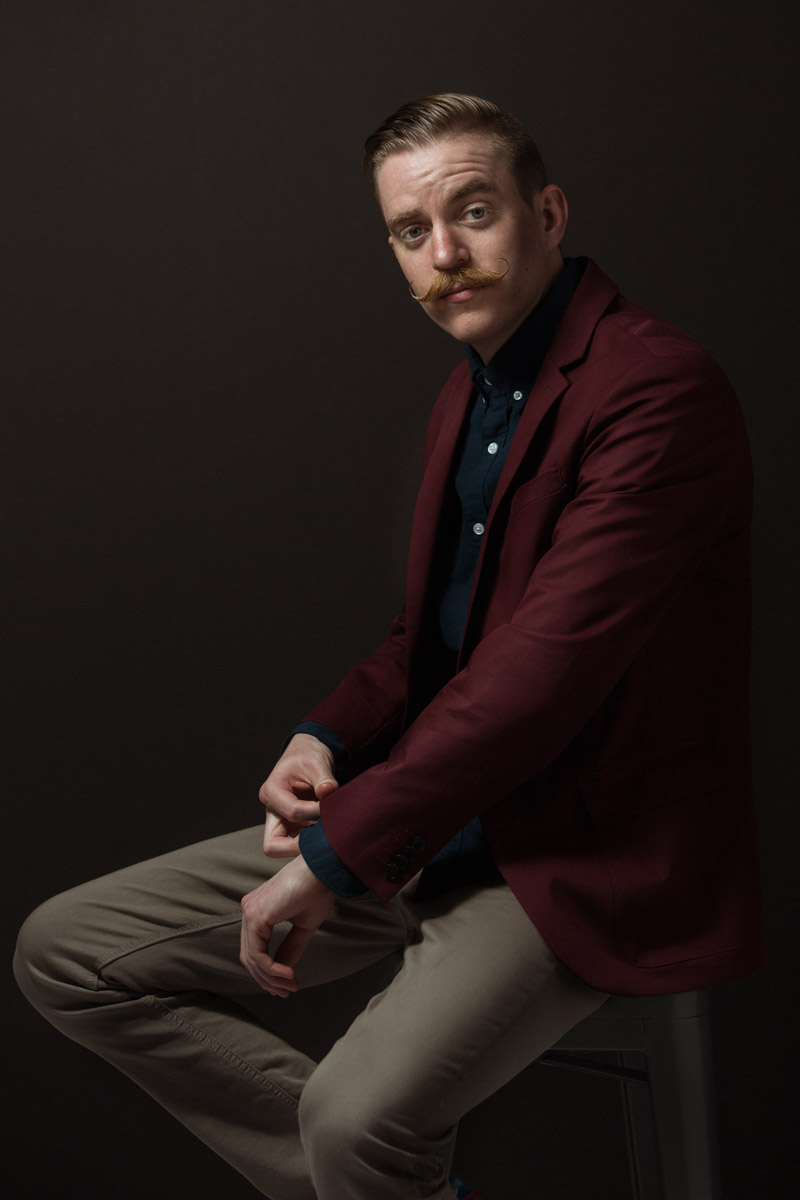