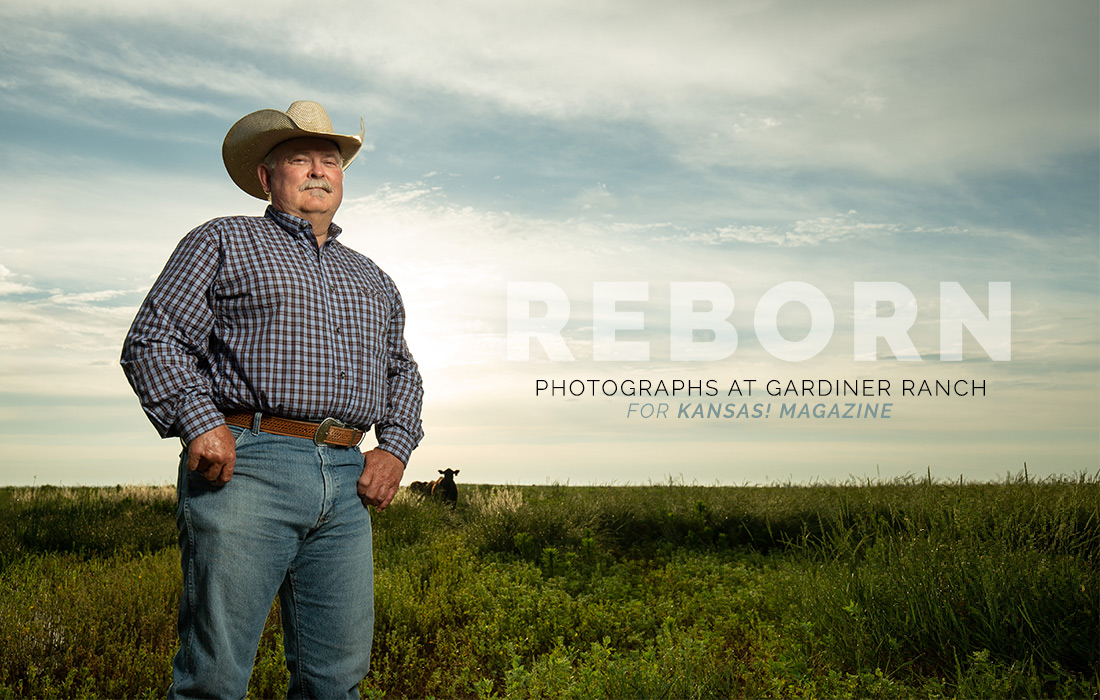 The thing I enjoy most about editorial photography these days is what used to terrify me about the whole idea. Everything is unknown, everything is a variable…except the deadline. On mornings like this one, I spend the long drives letting my mind drift between imagining scenarios for the shoot and absorbing podcasts.

Racing across the pre-twilit highways of southwestern Kansas – aiming to beat the sun’s rise over Ashland – I tried to put the pieces of my assignment together. Kansas! Magazine had commissioned me to photograph Greg Gardiner, a rancher whose land and livestock were devastated by the 2017 Starbuck fire. The story wasn’t about the fire, but about the aftermath, rebirth, and recovery. Truth be told, I didn’t know what to expect from land that had been ravaged so completely just two years ago. 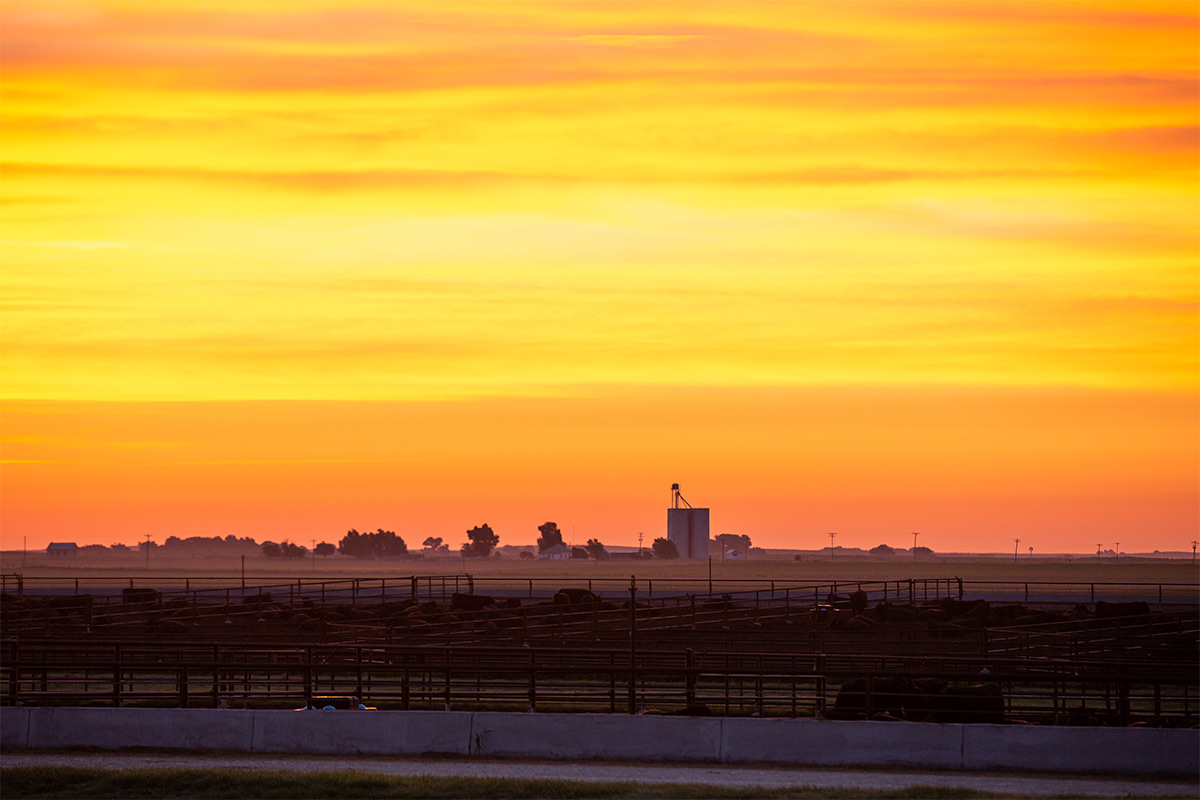 The morning came to life as I parked – even for sunrise shoots, I like to be early enough to get the lay of the land. What I was met with was not the typical family ranch I’ve photographed in the past, but a massive operation. I should’ve known when Greg asked me to meet him at the Marketing Center, but I hadn’t fully processed what that meant. Walking through the dewy grass, I got my first looks at Gardiner Ranch and began to realize just how much loss he must have experienced, though there were no signs of damage from where I stood. 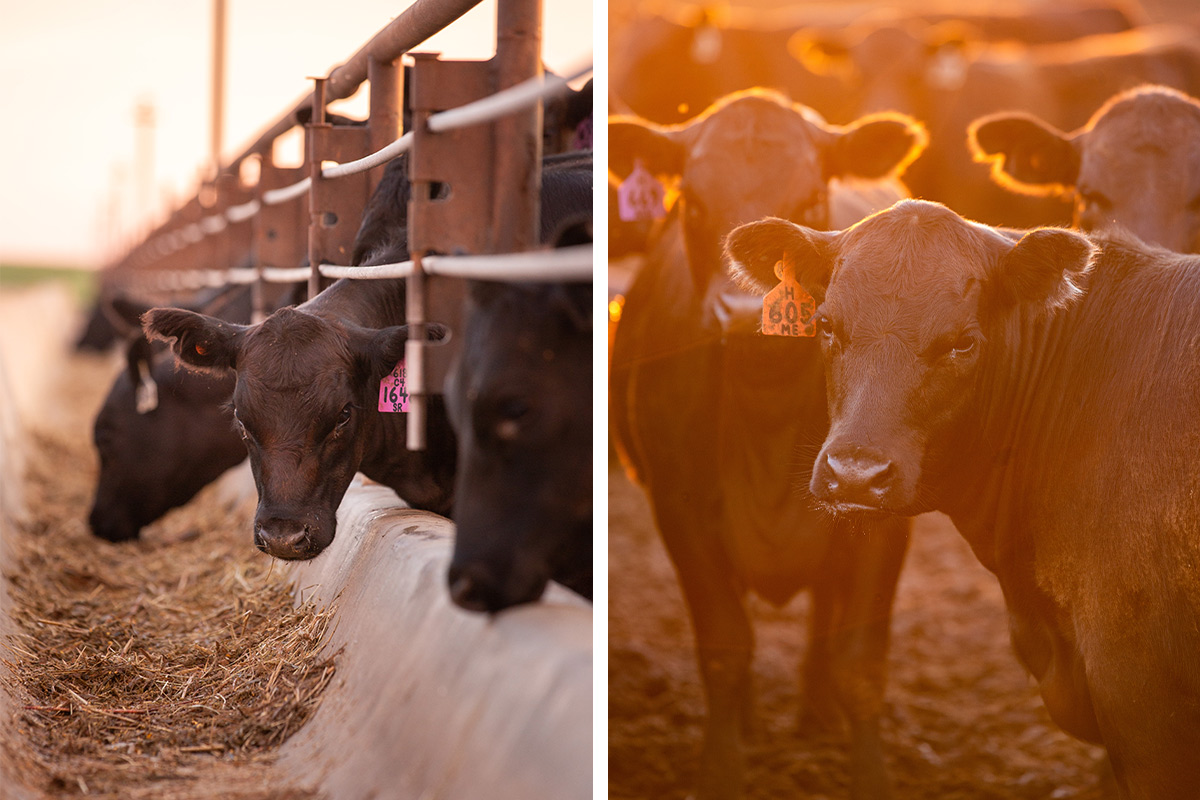 The beauty of the Great Plains is that nobody can sneak up on you. I saw Greg’s truck approaching from about a mile off and made my way back to the parking area to make introductions and get the day started, and within minutes, we’d loaded up his truck with gear and were off to the pasture to make use of the early morning light. 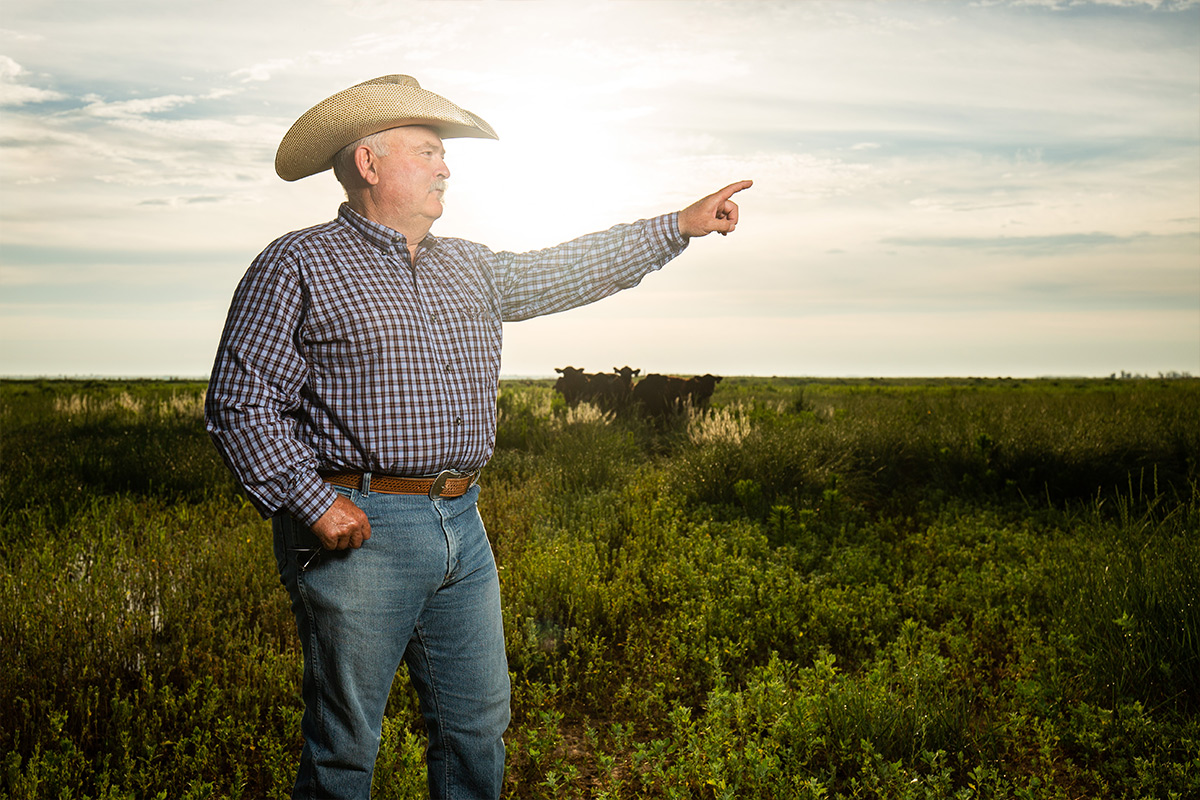 Everywhere I looked, there was green. The pastures were teeming with life, from the abundant grasshoppers (and mosquitoes) to the herds of cattle all around. Shooting a story on the rebirth of the land wasn’t going to be a problem at all, but I needed something to show a fire had come through here in the first place. Greg just pointed to the trees. In the distance were the spindly shadows of hedges that, on closer inspection, were nothing more than charred trunks. 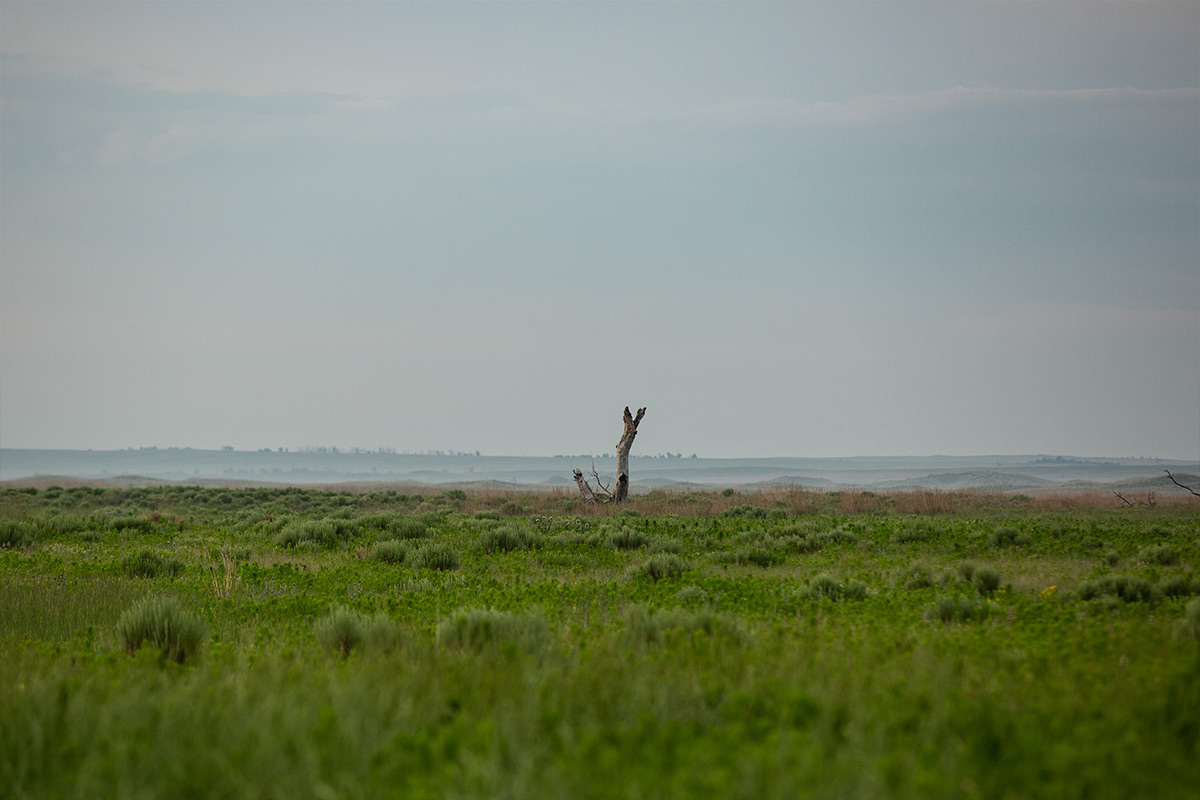 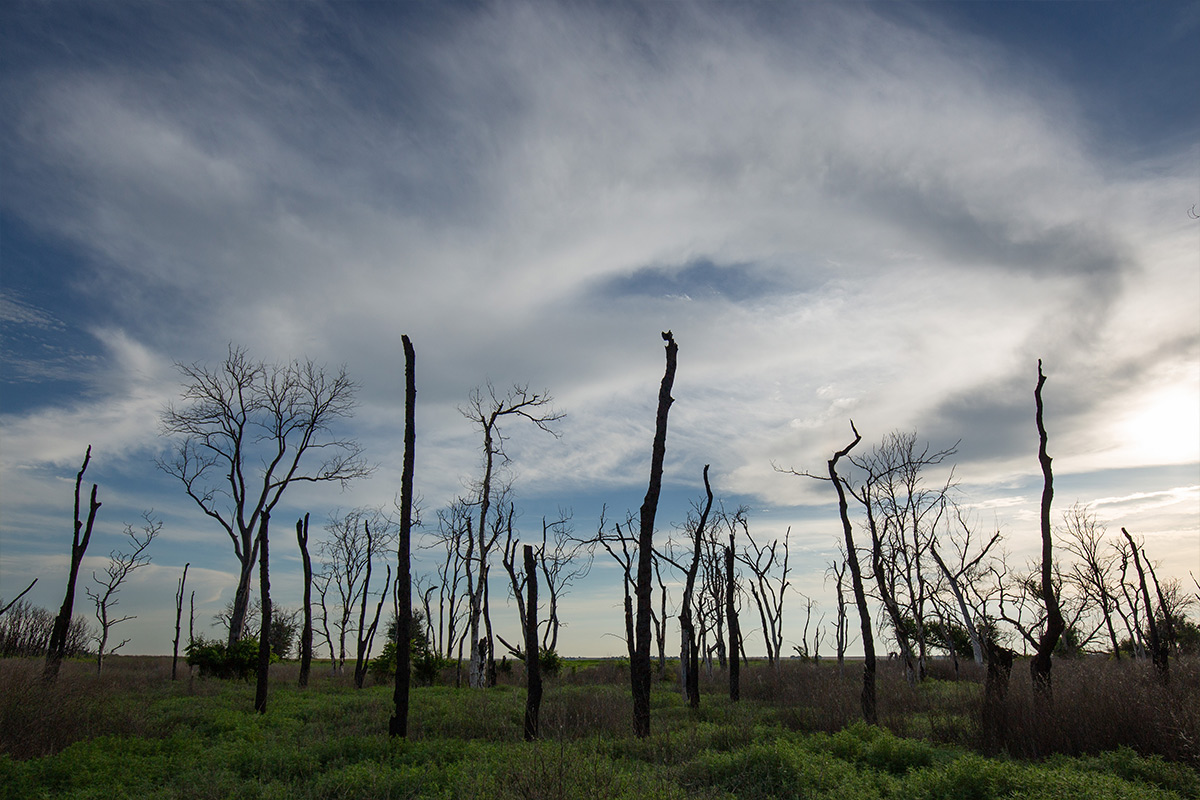 As we walked and drove through thousands of acres of ranch land, he told me about the fire and the days after. Thousands of cattle were lost to the flames, and he described walking through the still-glowing embers as a war zone. Though he’d told his story countless times already, the emotion was still present in his voice. 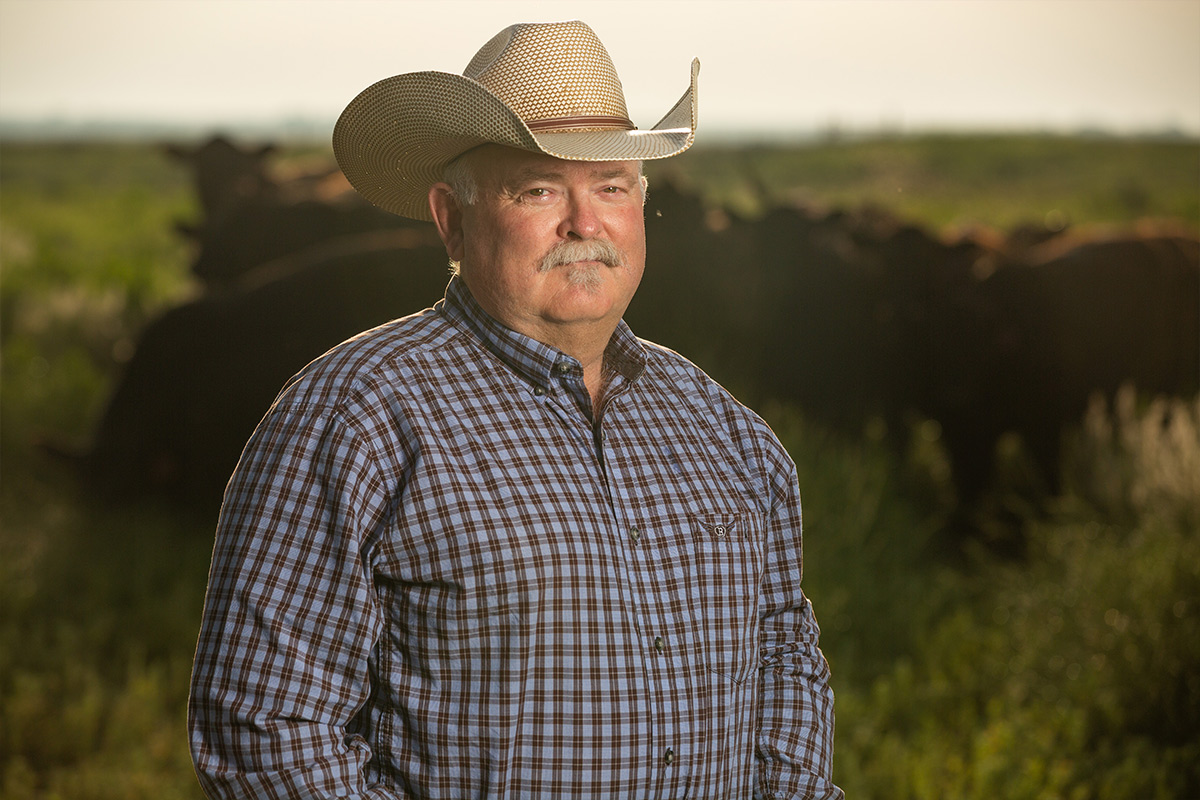 He took me to a patch of ground that, to me, looked like any other. Beneath us, he said, was a mass grave with over 700 cattle. This was where I’d find my image of rebirth. 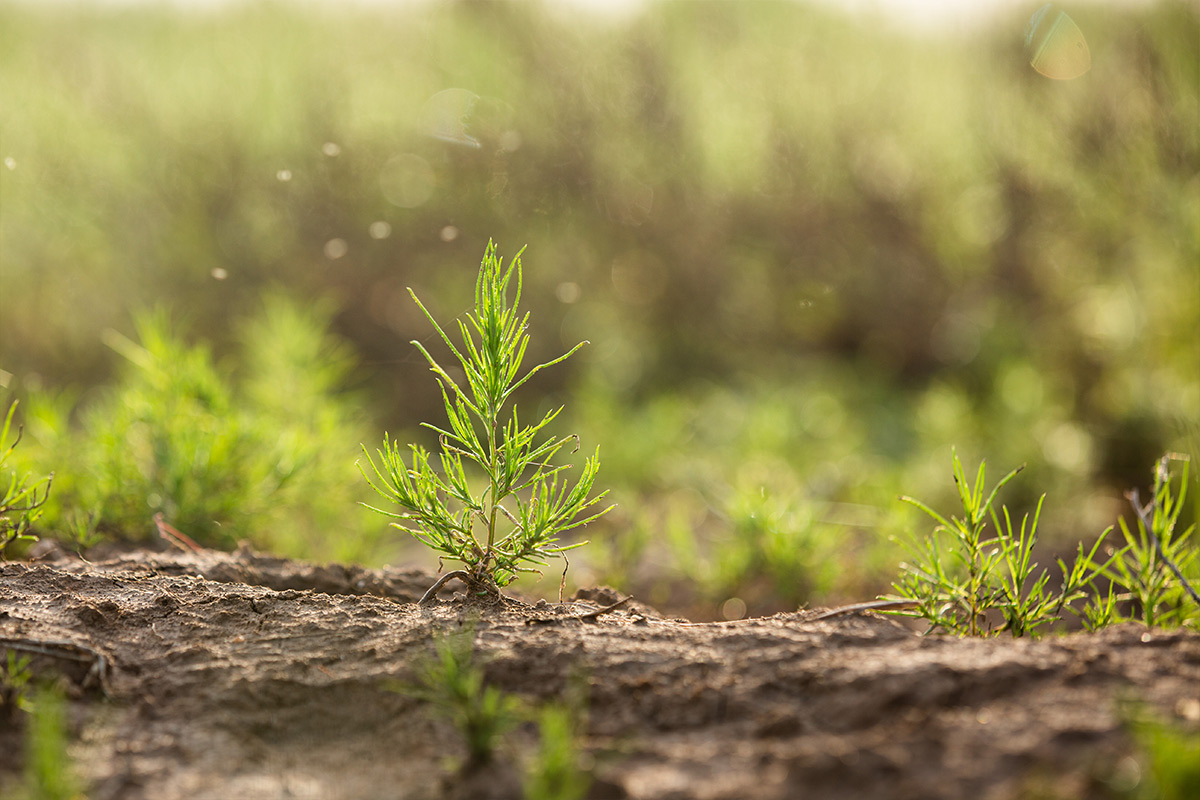 A Russian thistle begins to grow from a mass grave.

From the still-soft ground, new life was springing up everywhere I looked. The wildlife had all returned, he said, even the coyotes. The devastation the land experienced, it had all but forgotten as generous rains had finally fallen on the fertile pastures. 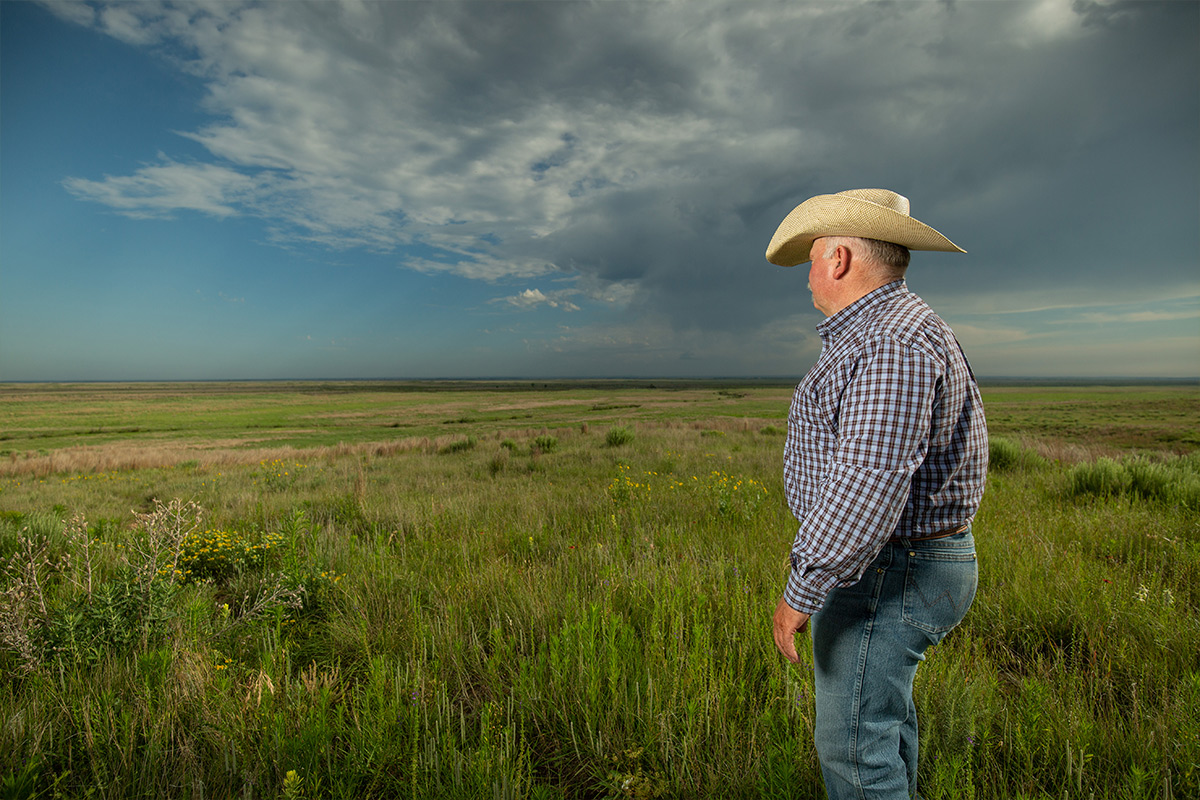 He took me to the highest point on his land to show me the scale of how much ground had burned, and pointed to a hog farm across the border in Oklahoma that was also affected. My friends in the UK always tell me they’re envious of wide open spaces like this, something I’ve come to take for granted. 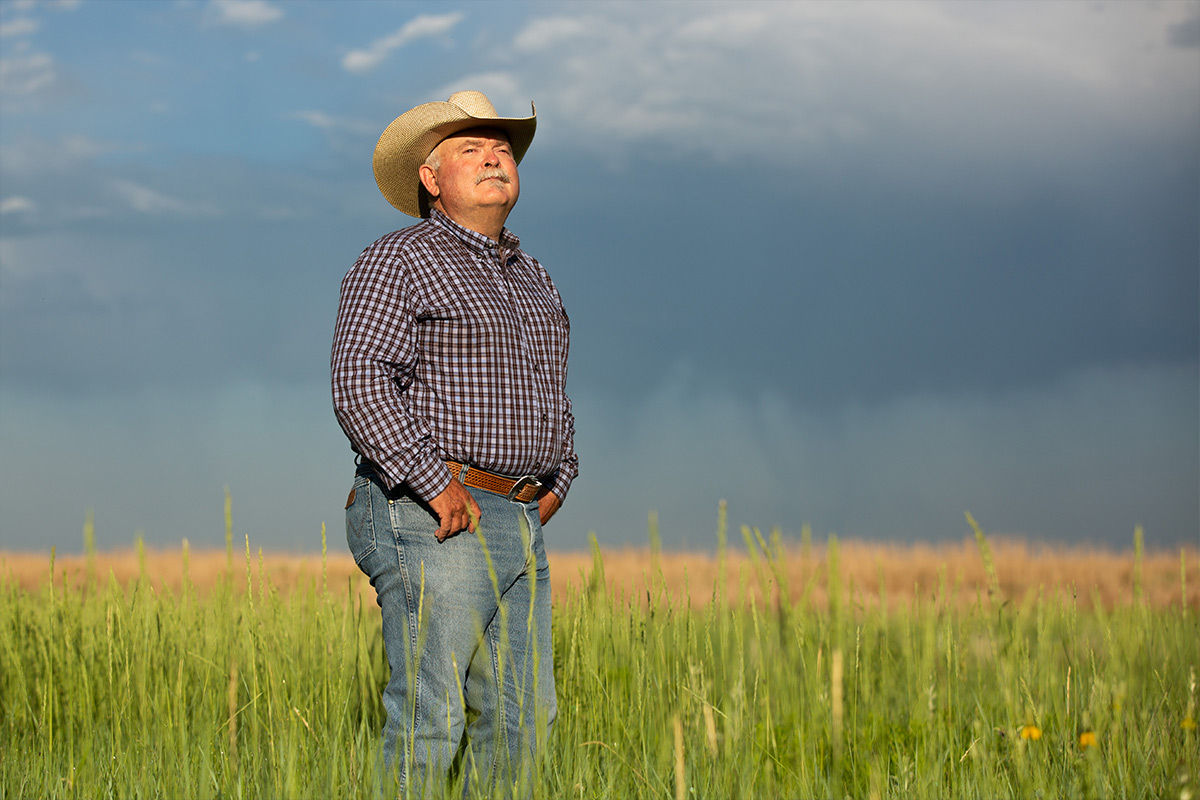 As we talked, fresh rains fell in the distance, and I found myself with a sense of wonder at how – through all of our advancements – we’re still at the mercy of the elements. That’s a rancher’s life. This cycle of devastation and rebirth is just another season.