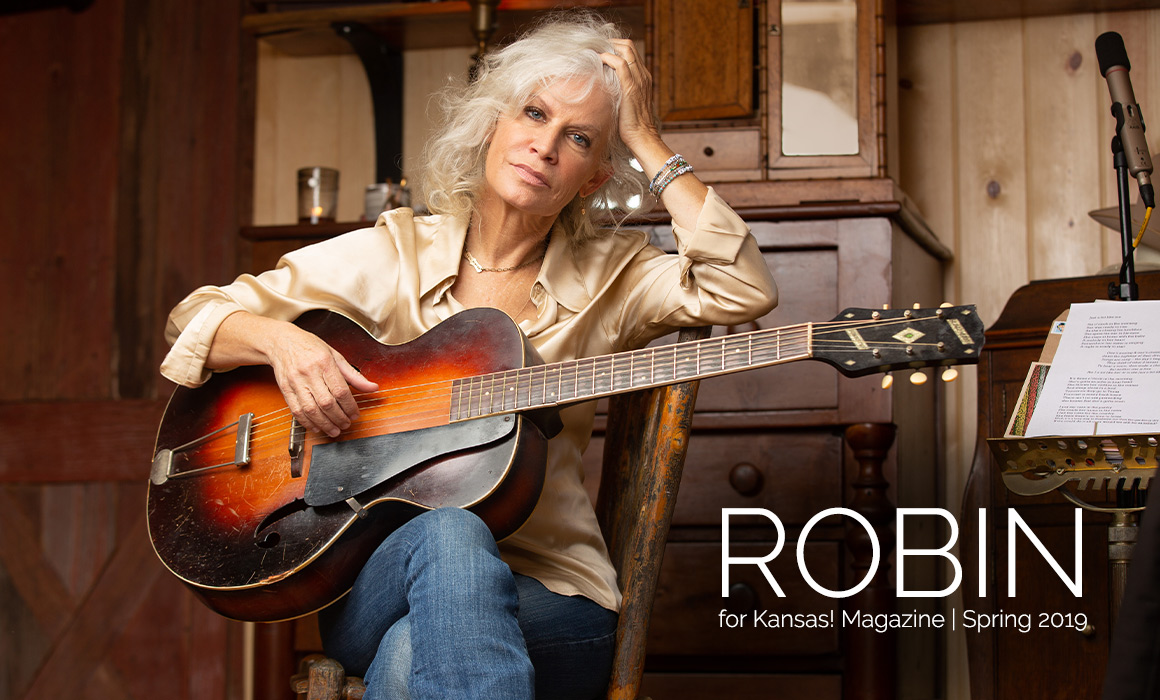 It was an early morning drive down to the Bartlett Arboretum in Belle Plaine, Kansas, that brought me to my first meeting with Robin Macy. Our communication up to that point had been brief, but her lyricism had already woven its way through her messages to let me know I wasn’t photographing any ordinary woman.

We were in the deep of autumn. A gentle fog was resting over the water, cut by an arched white footbridge and framed by the ambers and reds of the season’s last breath. It was picturesque – almost too pretty for the kind of work I usually do, but alluring all the same. Still, I wasn’t here to photograph trees; I was here to photograph Robin. 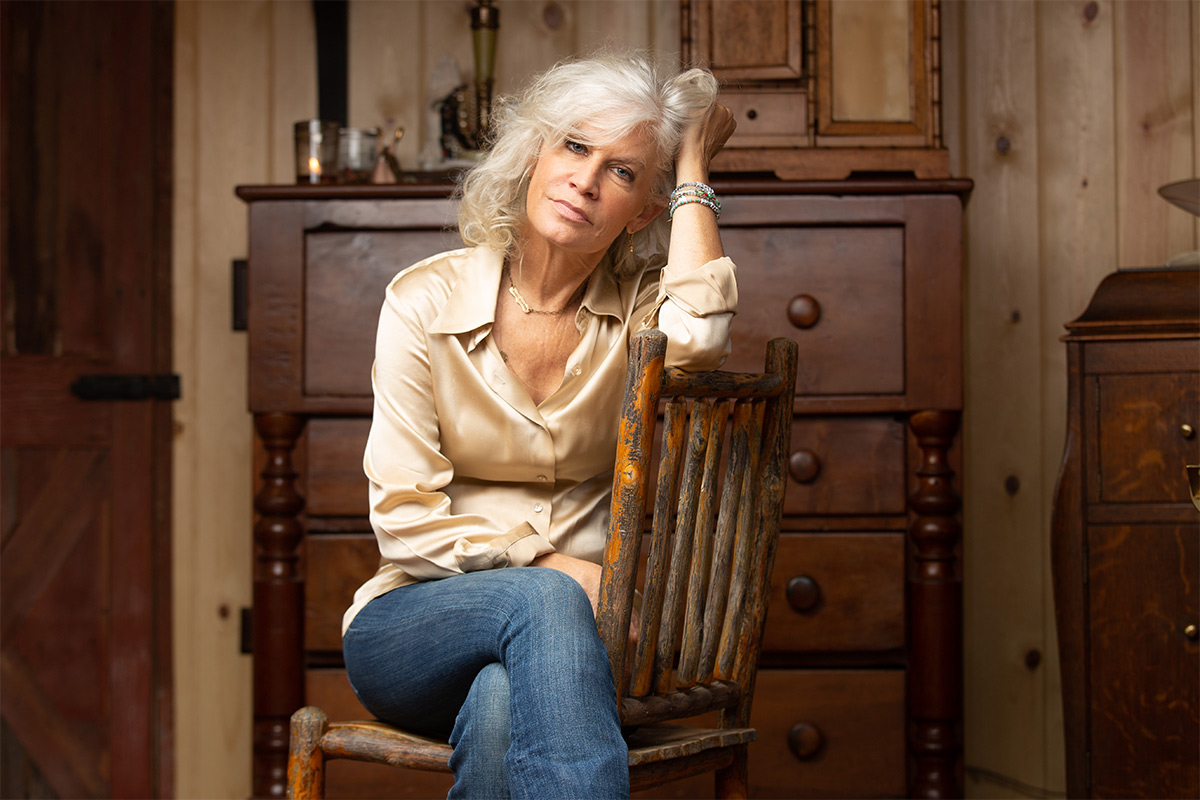 A founding member of the Dixie Chicks, the aptly-named songstress guided me around to her private residence on the property where we exchanged pleasantries and talked through the idea for the shoot. Kansas! Magazine had sent me down for some editorial portraits to run alongside a story about her work at the arboretum. As the issue was to run in the Spring, however, we’d be confined to indoor spaces that could belie the fact that we were shooting in early December.

Still, I wanted to get an understanding of her connection to this place, and I asked if she’d show me around. I’d been on the grounds before, but never while walking with Robin Macy. Over the next hour, she told me of the arboretum’s history, how she came to be its steward, and the team of volunteers that keep it so pristine. Time stood still (as it often must in these sacred spaces), and for awhile I forgot the purpose of my visit. 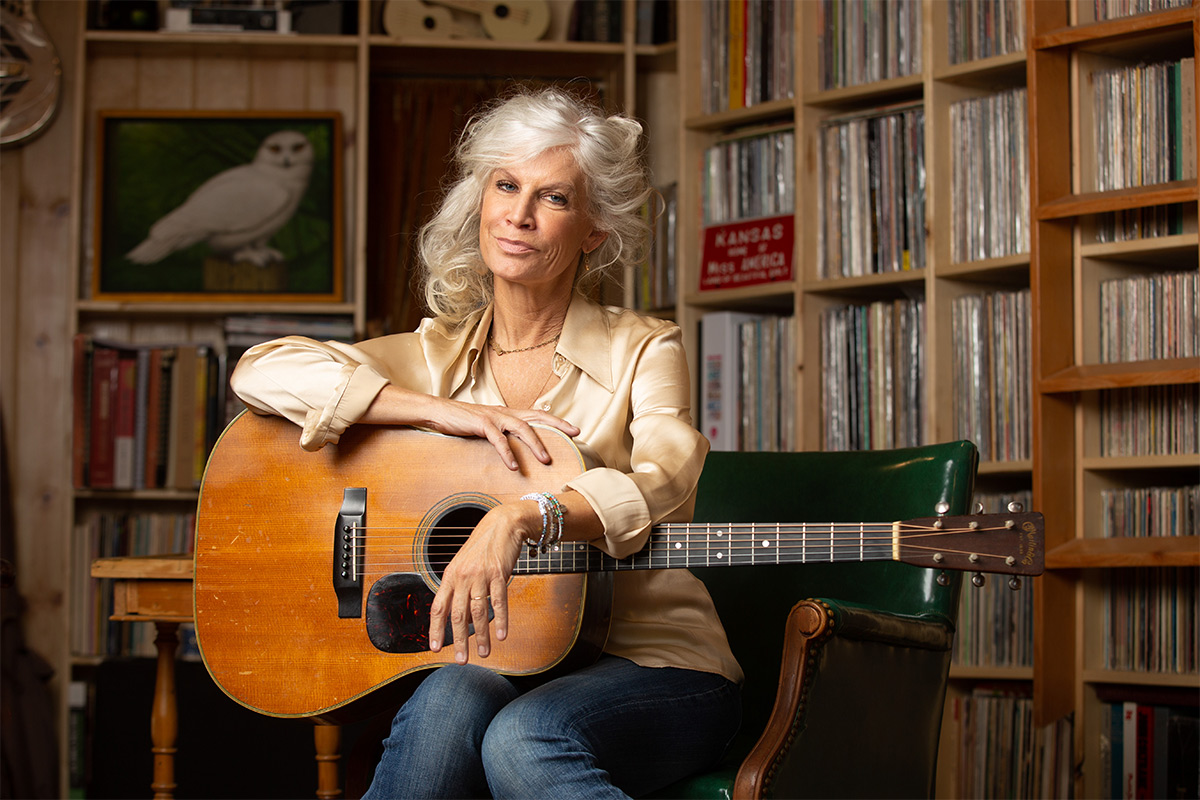 We completed our circuit, back to our starting point and back to the task at hand. I set up a pair of lights as she picked up a well-worn Martin guitar. “Always play a guitar that’s older than you are”, she told me. As we began shooting, we talked about music, art, environmentalism, and all the things that drive her. In fact, of the 162 frames I took that morning, I’d bet half are her mid-sentence. That’s exactly what I wanted this shoot to be and to feel like: a conversation with Robin Macy in her own space, in her own way. 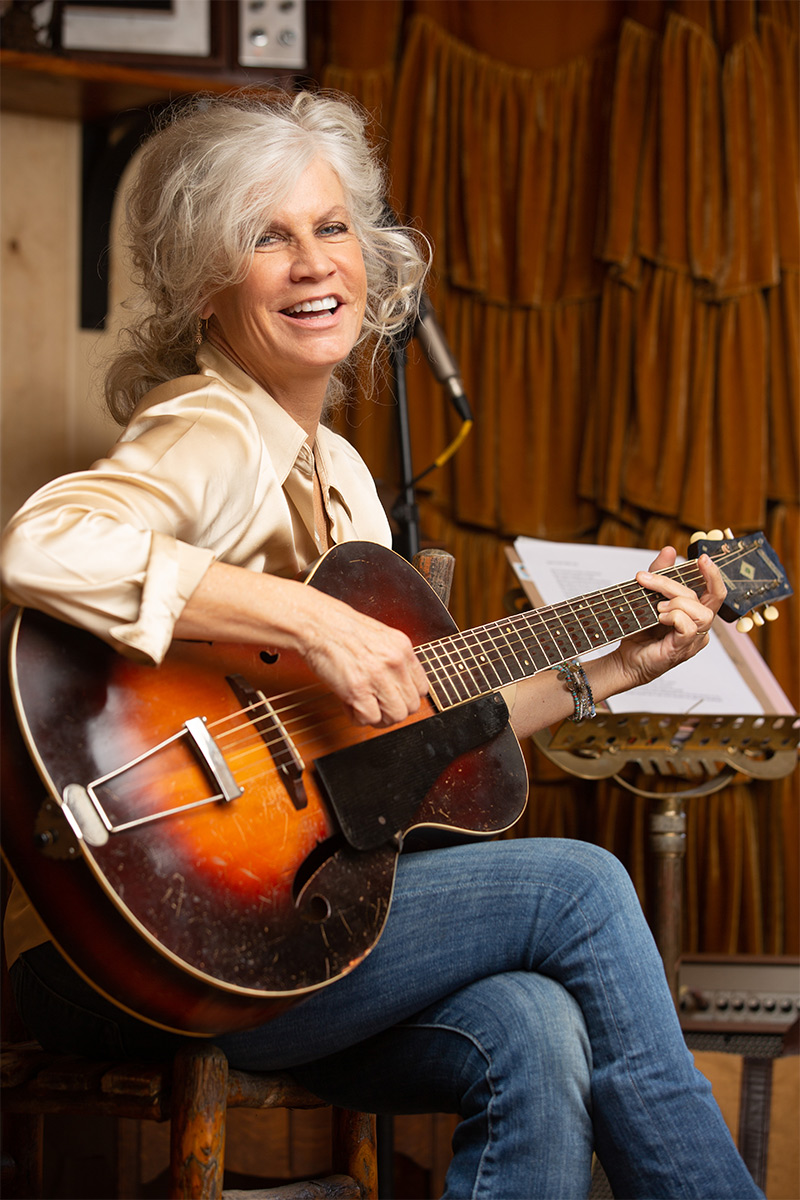 The shoot ended with the shot that opens her article – laughing, strumming a G5 on her six-string, and overlaid with the text “Bluegrass and Botany”. The moment the shutter clicked on that final frame, I knew we had what we needed. I began striking my set as she made up a trio of Cherokee Maidens, a cocktail of her own design made with Domaine de Canton and prosecco and named for the band she now leads. It was gently sweet but had a kick, and I don’t think that’s by mistake. Her husband, guitarist Kentucky White, joined us for a mid-morning libation as I learned more and more what so many people already know. Robin Macy is no ordinary woman.

See her cover story in the Spring 2019 issue of Kansas! Magazine, available in print and online.